5 trends that are making it easier to recycle plastic packaging 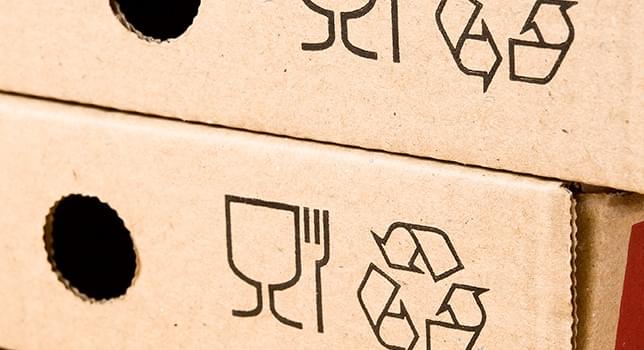 Growing pressure from consumers and governments are pushing brand owners towards using recycling friendly packaging. Smithers pinpoints five trends that are helping to boost the market.

The global packaging market stood at $827.7 billion in 2016 and is expected to grow to $980.4 billion by 2022. Metal (steel) is currently the most recycled material however plastic is forecast to show the highest levels of growth to 2023, with 19-24% of plastic being collected and reused. Other materials such as paper and glass have relativity high collection rates but show signs of little growth.

Manufacturers, brand owners and retailers are now looking to shift toward a circular economy in which no material is wasted, but is used multiple times.

Brands and retailers are setting themselves targets to ensure that their packaging will be recyclable, reusable or compostable, alongside their existing CSR commitments, and are creating ambitious targets for incorporating recycled plastics content. Through campaigning and the use of social media, there is heightened interest in packaging and the environment, especially plastics, and an increasing pressure on companies from both the general public and shareholders.

Based on the new study - The Future Lifecycles of Packaging Recycling to 2023 - Smithers pinpoints five areas that are boosting demand and the accessibility to recycling packaging materials.

The circular economy and climate change

Widespread recycling is a relatively new phenomenon. Before recycling became popular, packaging waste was traditionally buried in landfill sites or incinerated. Although both are still prevalent, landfill is now considered a last resort – it sits at the bottom of the European Waste hierarchy with incineration just above. A shift is beginning from a linear ‘take, make, waste’ economy – where materials are used just once before disposal – to a circular one, which minimises the use of raw materials, energy and water and reprocesses materials into new products rather than simply throwing them away.

In order to accelerate change, the European Union has set out a strategy for moving to a circular economy. The New Plastics Economy laid out by the Ellen McArthur Foundation (EMF) is based on the circular economy model, cascading to the UK (for plastics only) as the UK Plastics Pact. Signatories include brands, retailers, packaging manufacturers, waste processors and trade bodies such as Nestlé, Premier Foods, P&G, Asda, Waitrose, Coveris, the BPF and Suez. Similar schemes in Mexico and other countries are expected to follow.

For packaging recycling, legislation begins with standard packaging regulations. These - like the EU Packaging and Packaging Waste Directive 94/62/EC - and simpler regulations from the FDA in the US, state that a minimum amount of packaging should be used for a product, minimal volume should be used, and that the components are suitable for recycling. Any material used, virgin or recycled, must comply with heavy metal limits and food contact requirements. Recycling targets are set by individual governments.

In Europe producers and users of packaging already pay a form of tax on the packaging they put into the market through Producer Responsibility in Europe. This is implemented via the Green Dot scheme in Europe and the Packaging Recovery Note system in the UK.

Switzerland was ahead of the game when it introduced a landfill ban in 2000 and a ‘polluter pays’ tax on collection bags. What cannot be recycled is incinerated.

European recycling targets are already set for 2030. It is anticipated that producer responsibility requirements will change to account for the incorporation of recycled material, as required by the European circular economy package, since currently there is no such incentive for stakeholders.

The New Plastics Economy initiative was launched by the Ellen McArthur Foundation in 2016, bringing together cities and large organisations to create a circular economy for plastics. The aims are to: ‘create an effective after-use plastics economy’, including improving recycling, the use of reusable packaging and scaling up of industrial composting for targeted applications. The initiative is running a number of activities, including competition for funding for innovative projects.

In Asia-Pacific, the organisation Circular Economy Asia has created the voluntary Asian Plastics and Packaging Agreement; signatories have a number of targets for an end to the use of landfill for packaging by 2050.

Large organisations all have their own corporate social responsibility (CSR) policies. These normally have a large number of key performance indicators, of which packaging is a small part. Many, such as Nestlé and Danone, have their own life-cycle analysis tools. For plastics, many have taken on targets in line with EU targets for the New Plastics Economy.

Some companies have made notably bolder statements. Coca-Cola has declared that its PET bottles will contain 50% recycled PET by the year 2020; while UK retailer Iceland Foods has declared an intention to go ‘plastic-free’ by 2023.

Environmental lobby groups have been putting pressure on industry for decades. In recent years topics such as perceived over-packaging have also been regularly covered by media outlets. The latest of these campaigns is ocean plastic. High-profile media coverage, which uses upsetting imagery, has made marine pollution a hot topic.

Alongside this is a movement of people attempting to live plastic-free and many aspiring to a zero-waste lifestyle that does not focus on just one material. Although these individuals are relatively low in number compared to the total population, their influence is widespread due to the use of social media. Social media also has a large part to play in the success of online petitions – for instance, a petition to Walkers Crisps (Pepsico) in the UK to use recyclable packaging received over 300,000 signatures. Protestors even posted crisp packets back to Walkers. The company have since announced a collaboration with Terracycle for consumers to send in any crisp packets for recycling.

The Future Lifecycles of Packaging Recycling to 2023 offers a comprehensive analysis of key factors that will impact selection and use of recyclable, recovered and renewable packaging across 2018–23. This exclusive insight is available to purchase and download now.

The Future Lifecycles of Packaging Recycling to 2023